Wild Lager series is Heineken's answer to 'The Craft Revolution.' Brewed using a rare 'mother' yeast, and taking years to develop its unique taste, Wild Lagers showcases the innovative spirit and quality beer that is Heineken.
The series was launched in 2017, and to see how well it would sell in the off-trade market, Heineken placed its product in shops throughout Italy. The results were disappointing and Heineken looked to iris Worldwide’s Amsterdam team to compete against craft breweries, promote, and increase sales of Wild Lagers in the off-trade market.
Below is the research I conducted to assist in the planning process. It looks at trends in the market, consumer preferences when purchasing craft beer, and how other breweries found success.

How consumers define craft beer.
The Brewers Association defines a brewery as 'craft' if it has an annual production of 6 million barrels of beer or less, and no more than 25 percent of it is controlled or owned by an alcoholic beverage industry member that is not a craft brewer.
Not all beer drinkers know this definition, and many have their own set of rules when calling a beer 'craft.' Elements like flavor, ingredients, and time influence the consumer's meaning, and when Brewers Association asked millennials to give three terms they associated with 'craft,'  they came up with the phrases "small independent company," "small batch production," and "handcrafted."
Below shows the percentage of people who associate certain elements with craft beer.

Why branding is important.
Craft beers are seen as being edgy and a communicator for the consumer's good taste. With 1,800 new product launches in 2016, Nielsen found that the abundance of choice has led to 66 percent of craft beer consumers to say that they are "very" or "extremely" likely to buy craft beer based on its packaging or label.
Nielsen evaluated packaging features such as logo/brand name, bottle shape and label color scheme. The design feature that ranked as having the strongest on-shelf impression was the box, which had 43 percent of consumers saying it was the first feature they noticed. Information about where the brew was produced came in second, and 22 percent of people said bottle color swayed their        purchasing decision.
The graph below shows the buying habits and ways packaging influences the purchasing decision of craft beer drinkers.

Why taste is necessary.
According to GutCheck, consumers consider craft beer to be unique, have more flavor variety, and tastes better than domestic or imported beers. Consumers have ranked flavor to be the most important factor when deciding which craft beer to purchase, and since the product can't be tasted before purchase, breweries have communicated its unique flavor through packaging and                  advertising materials.

Beer styles consumed by craft beer drinkers.
Craft beer offers a variety of flavors and styles, so consumers have a lot to choose from when making a decision at the liquor store. GutCheck analyzed a group of craft beer drinkers over the age of 21 for a period of two weeks. The results stated that they consumed more than three styles of beer on average.

With lager being the type of beer Heineken brews, it's important to look at how this style stands out in the market. The Brewers Association found that in 2016, craft beer represents 12.3 percent market share by production, which means the other 87.7 percent represents lagers produced by macro-brewers like Coors, Budweiser, and Miller. This creates competition for Heineken, so to stand out, it needs to focus on branding, taste and other elements that persuade consumers to purchase its product.
Off-trade purchasing habits of craft beer drinkers.
Craft beer is meant to be enjoyed with friends and family, and according to GutCheck, this is proving to be true as grocery and liquor stores are the most common retail channels for purchasing craft beer. These two areas, followed closely by restaurants and bars, surpass every other retail channel by almost 30 percent.

The reason why the off-trade market is so popular is due to where the majority of people are consuming craft beer. According to GutCheck, people are drinking in areas away from the bar and closer to home.

The Guinness Brewers Project
In 1759, Arthur Guinness signed the lease to St. James's Gates, and before brewing its creamy Irish stout, Guinness was experimenting with a variety of beers such as ales and porters. Being the original craft brewer, it makes sense that Guinness would revive and reinvent old flavors to attract beer enthusiasts from around the world.
"The Brewers Project" marketing strategy focuses on the quest for new flavors and the history behind the brand by reinterpreting brews found in Arthur Guinness' recipe book. The brewery also created an on-site experience to promote its new Hop House 13 lager, which featured local musicians, food and its new beer on tap.
Below is the promotional material Guinness used for Hop House 13's release and pictures from the event. 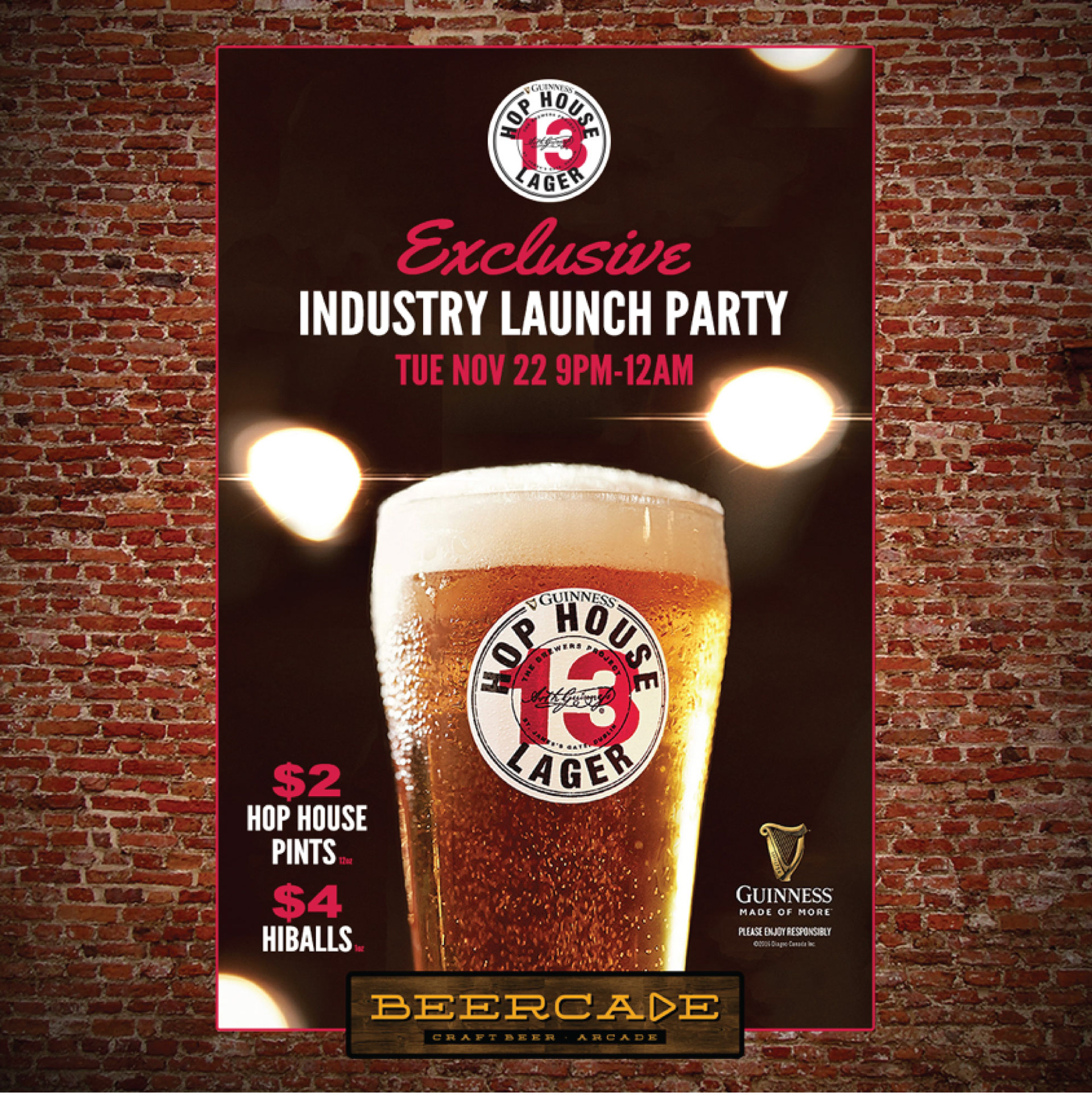 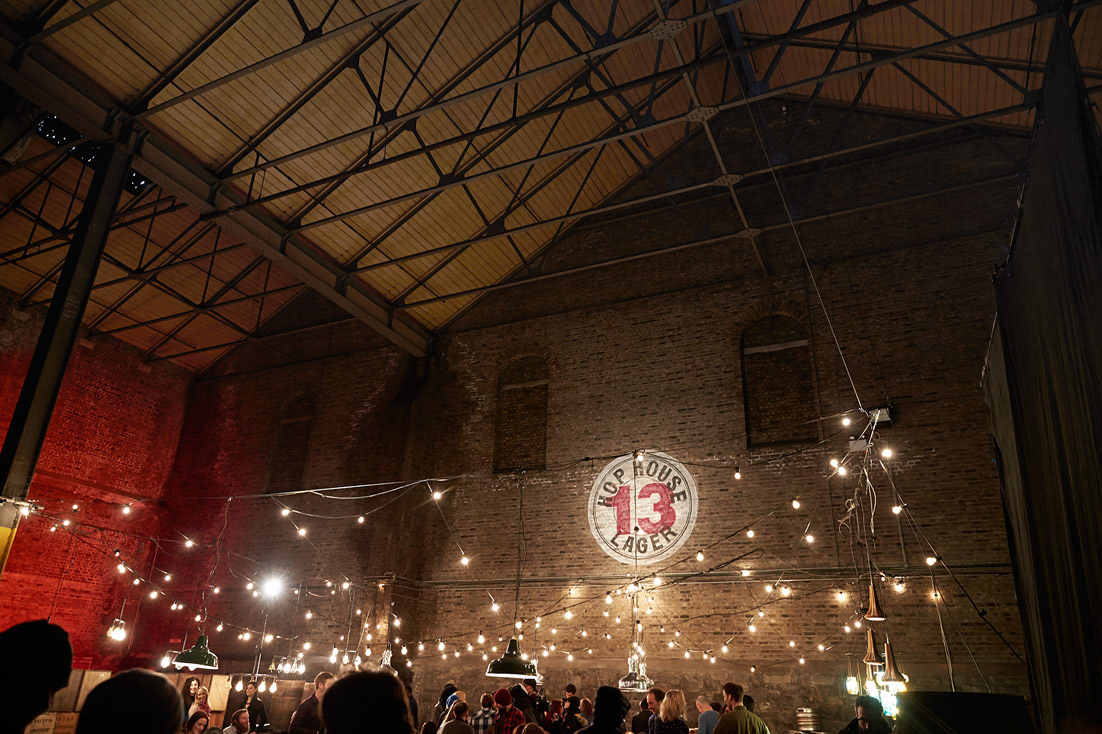 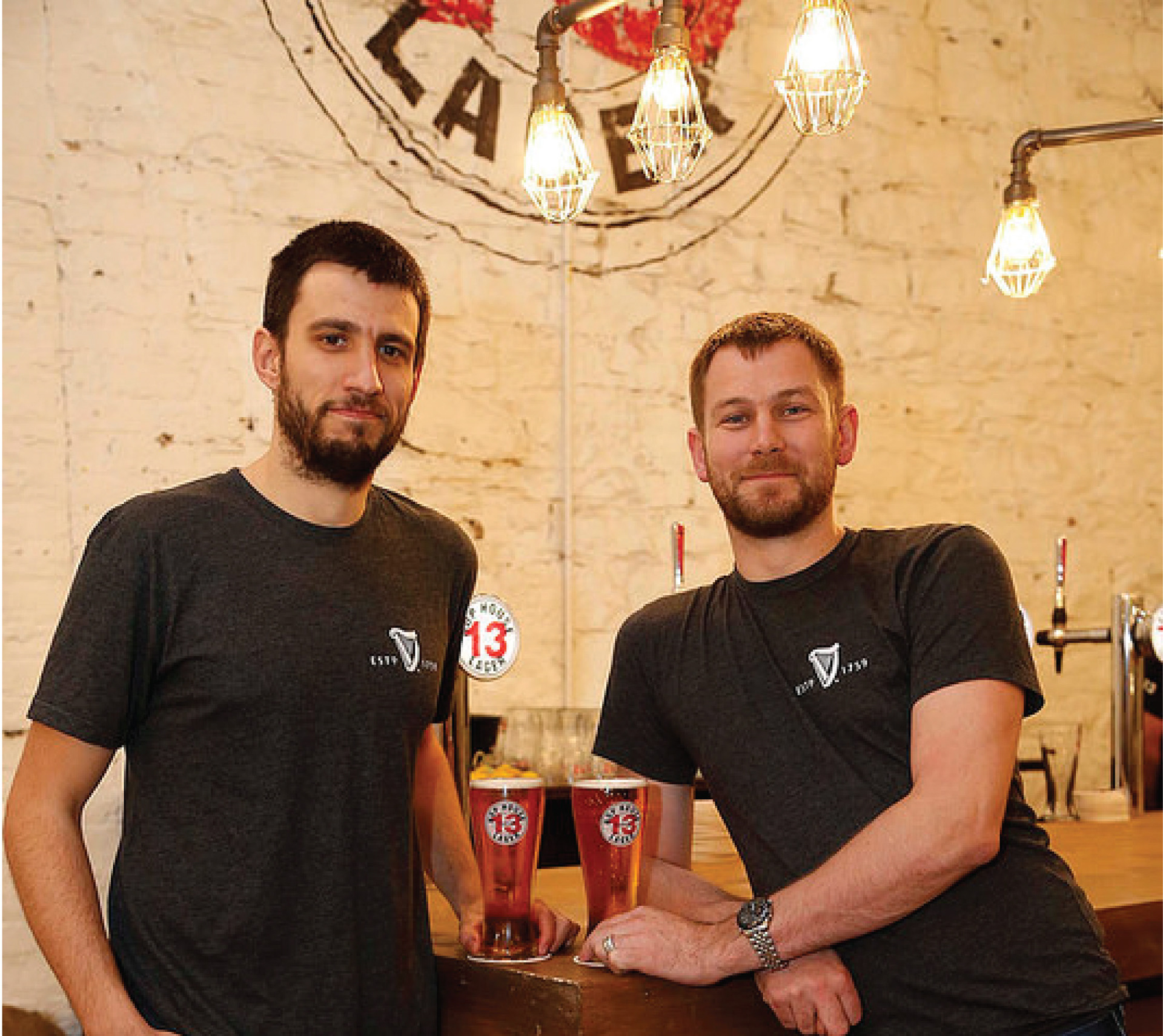 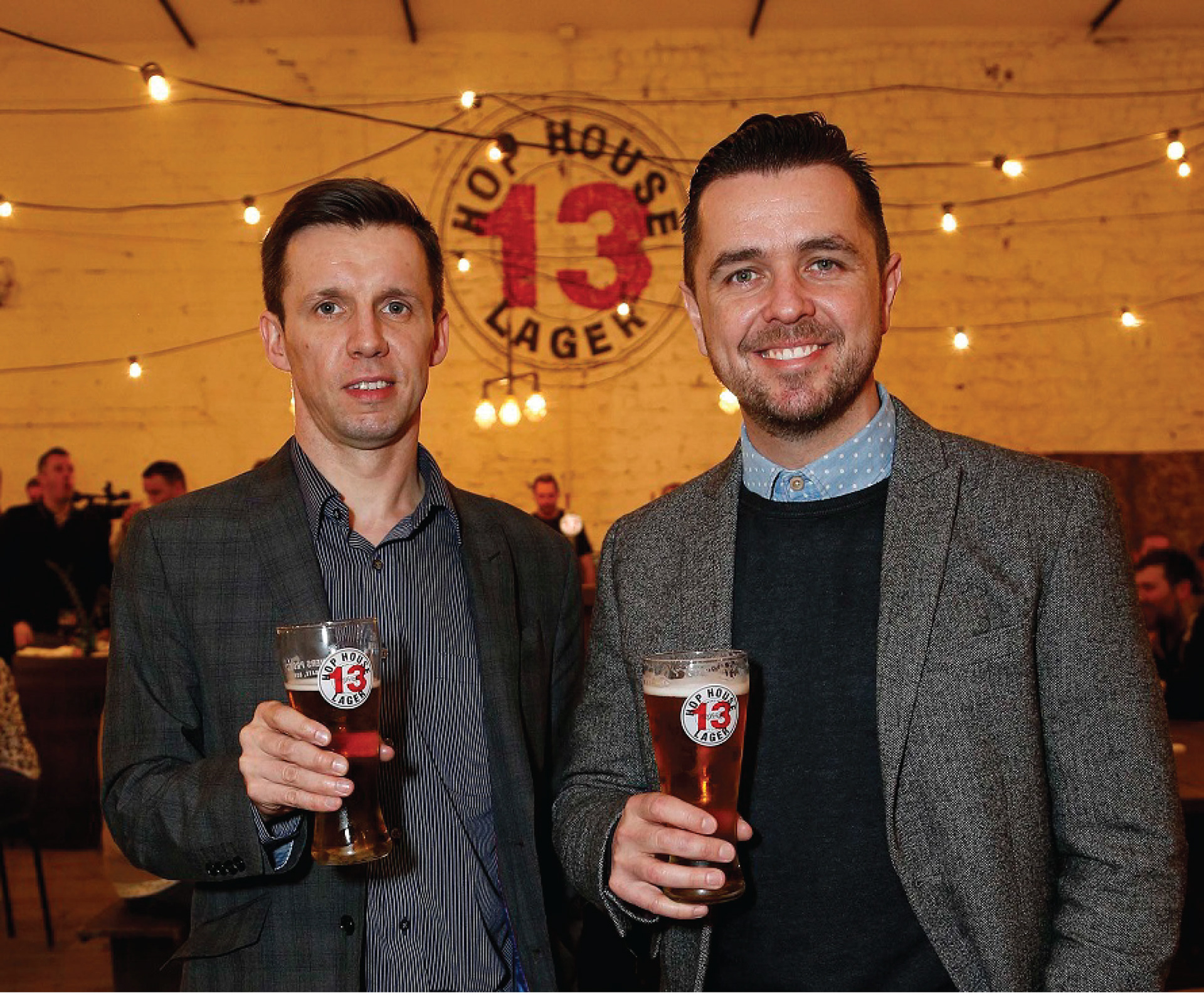 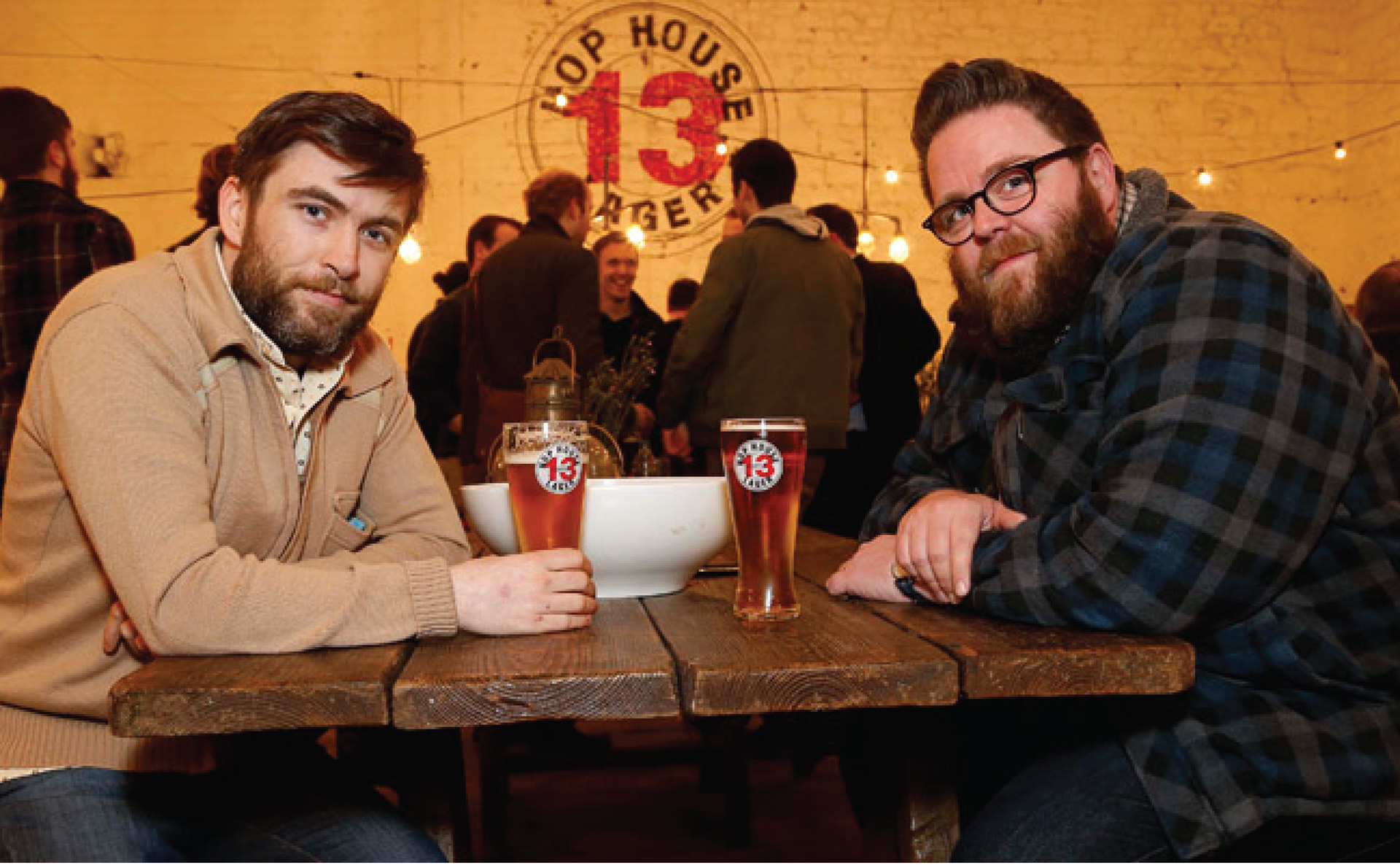 Sam Adams - Enjoy the Colors of Summer
Sam Adams founder, Jim Koch, wanted to create a beer that stood out from the generic American lagers. With his grandfather's recipe in hand, Jim made his first batch of Sam Adams Boston Lager in his kitchen. Since then, Sam Adams has become the largest craft brewery in the world offering its famous Boston Lager, New England IPA and its well-known seasonal beers.
One of its most compelling campaigns was the 2017 "Enjoy the Colors of Summer." The fun, whimsical campaign introduced the rebranded Summer Ale beer bottles, each color representing the best parts of summer. The adverts remind us of the joys of summer and encourage consumers to make the most of the season.
To go along with the theme, Sam Adams offered to send three lucky winners to a summer destination. It used #TakeMeWithYou on social media to promote the competition and drove traffic to their website where people could sign up.
Below is the promotional material Sam Adams used to promote its seasonal brew. 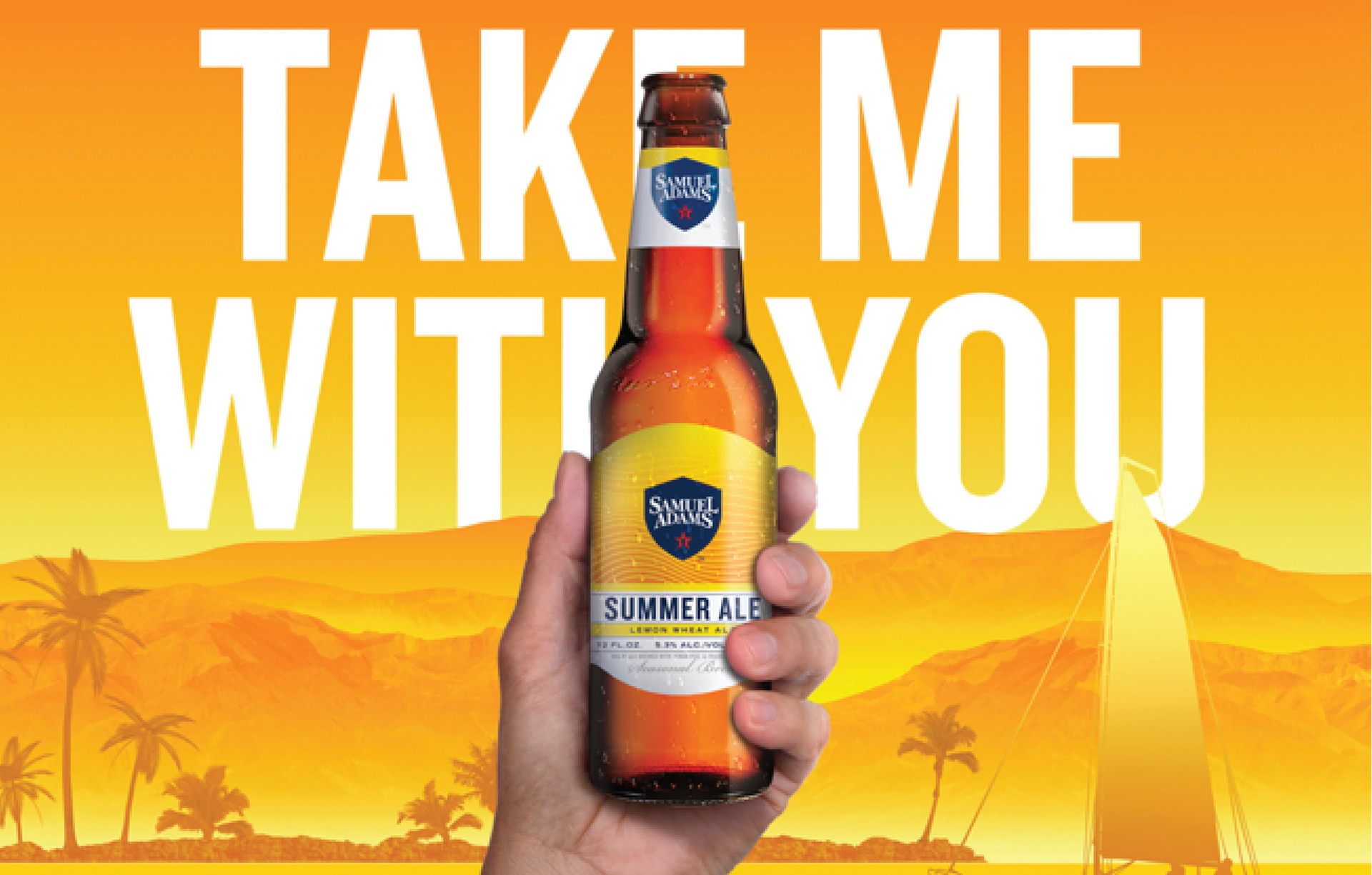 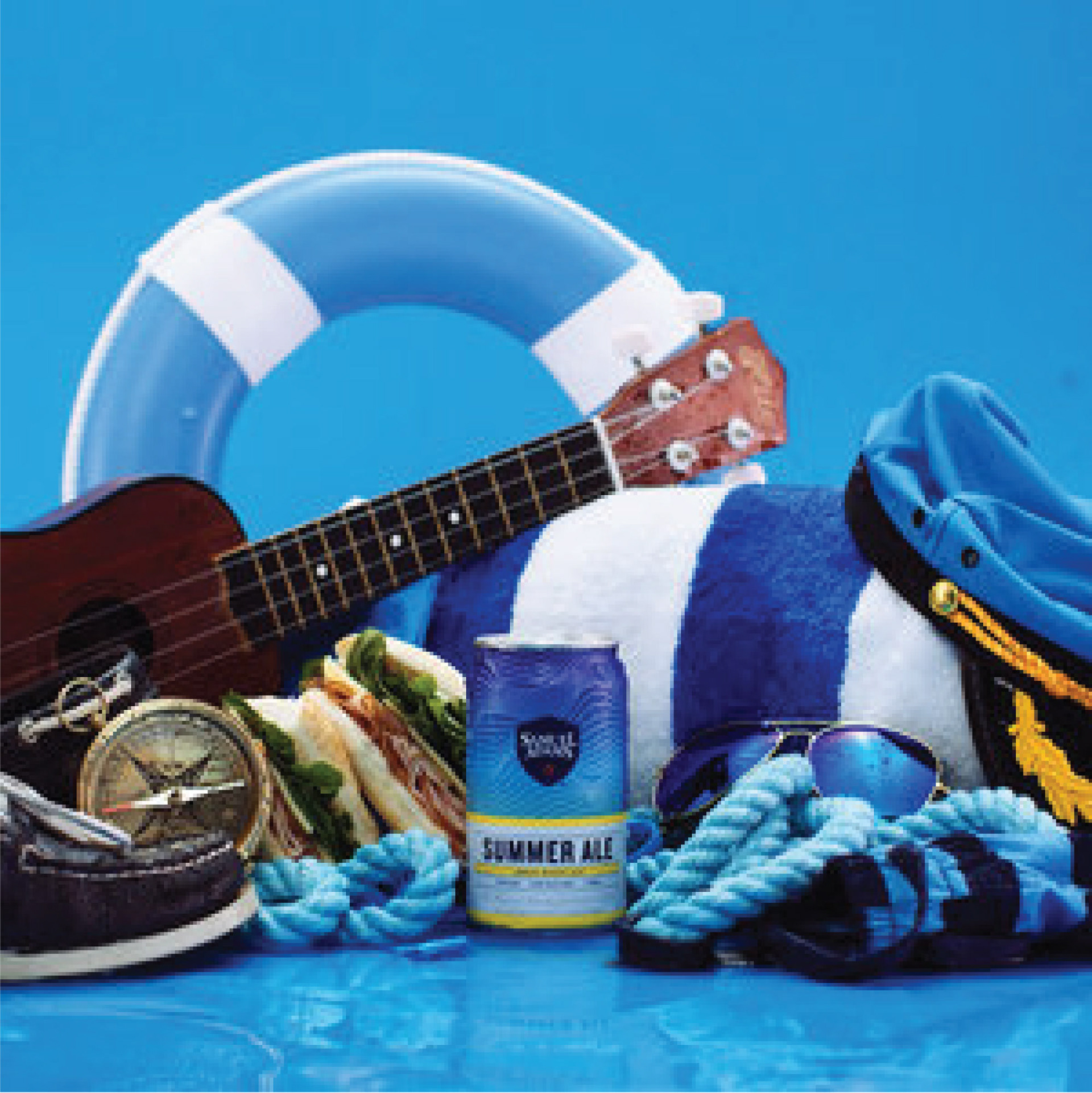 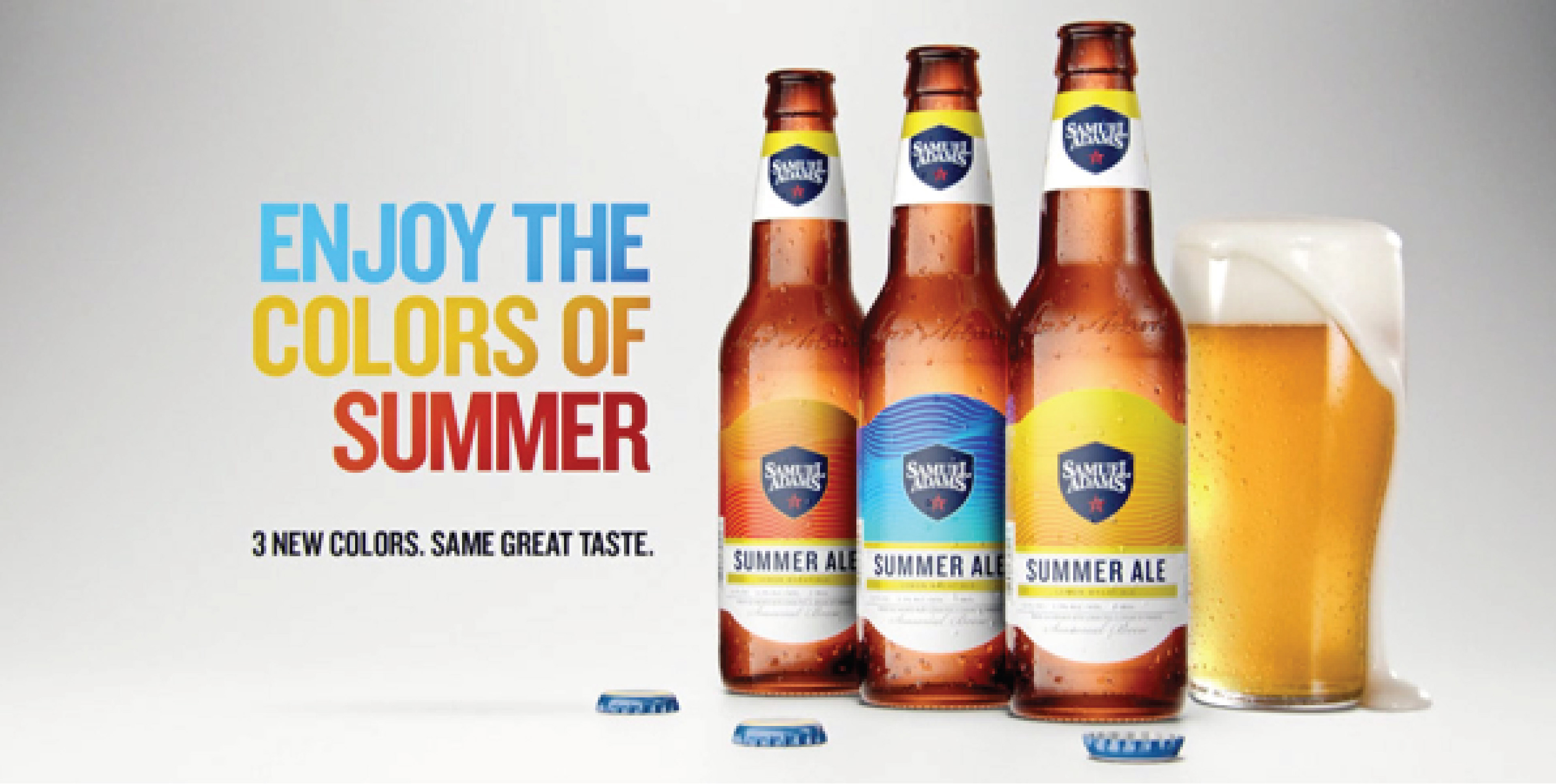 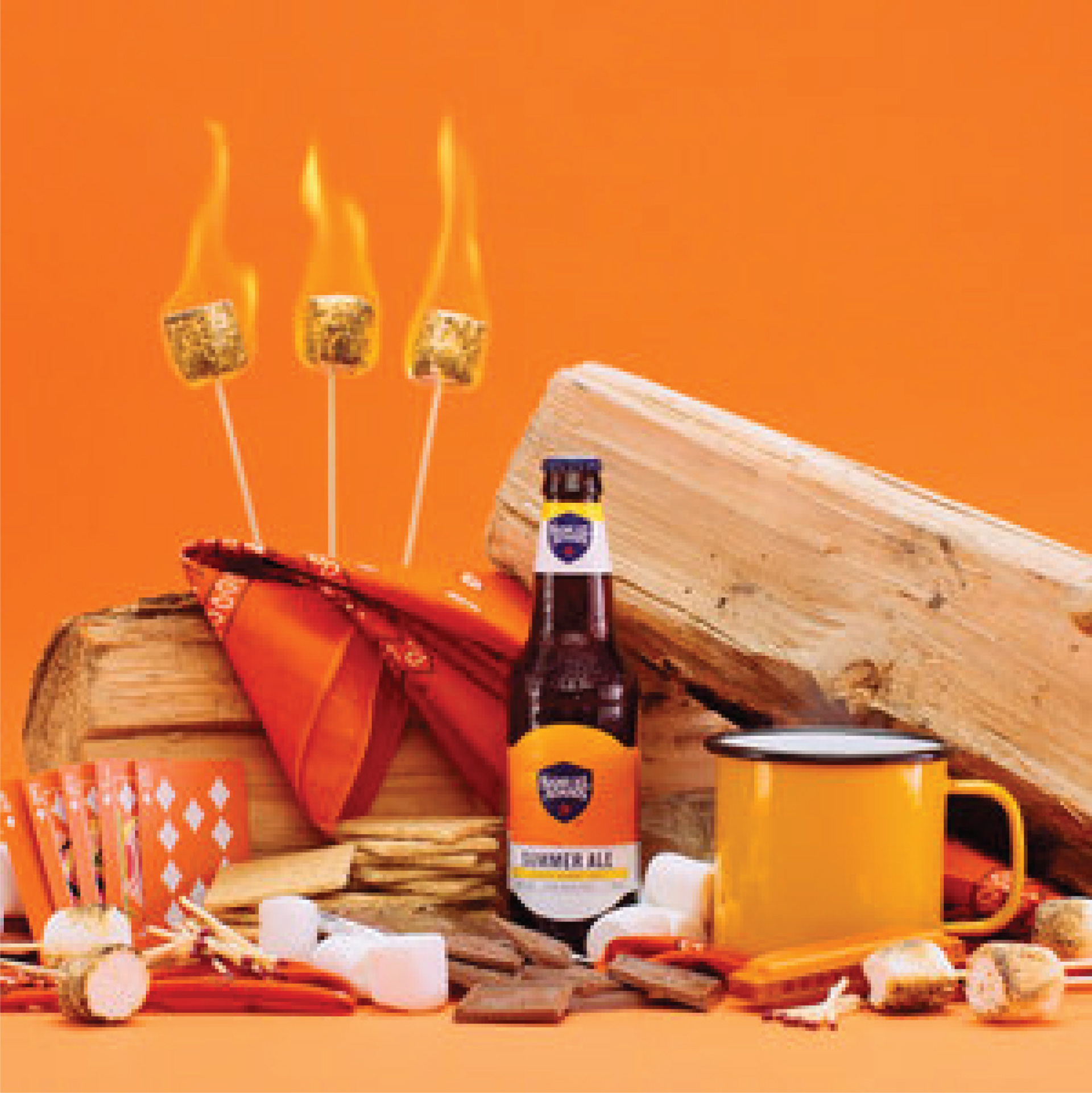 Port Brewing Company - The Hop Freshener Series
The Hop Freshener Series is meant to help consumers determine what beer they want to enjoy right now. A new flavor is released once a year with a description of the aroma and characters present. Each season, Port Brewing Company releases four limited edition IPAs all crafted by the same team of lifelong brewers.
Below are images of the product and its marketing materials. 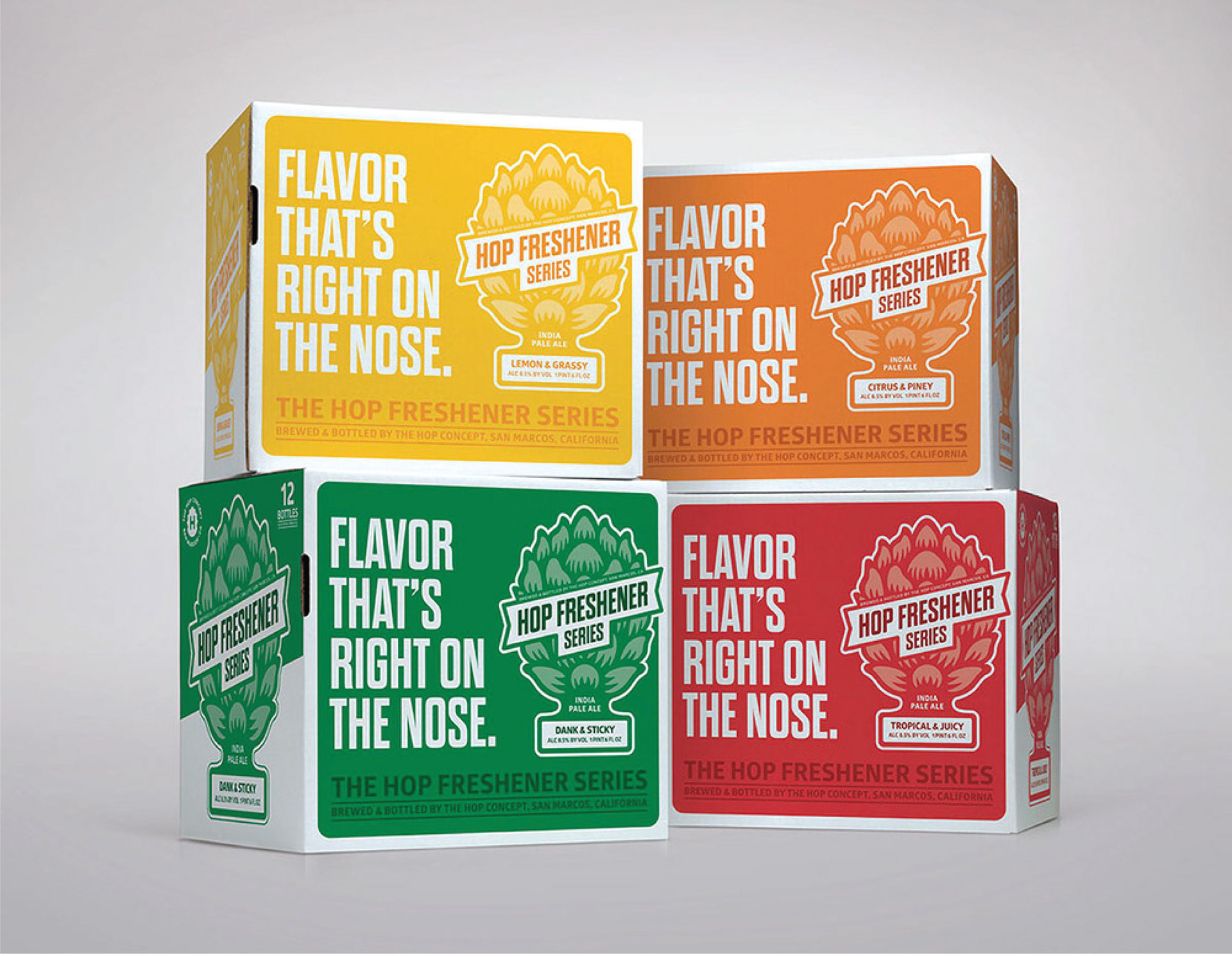 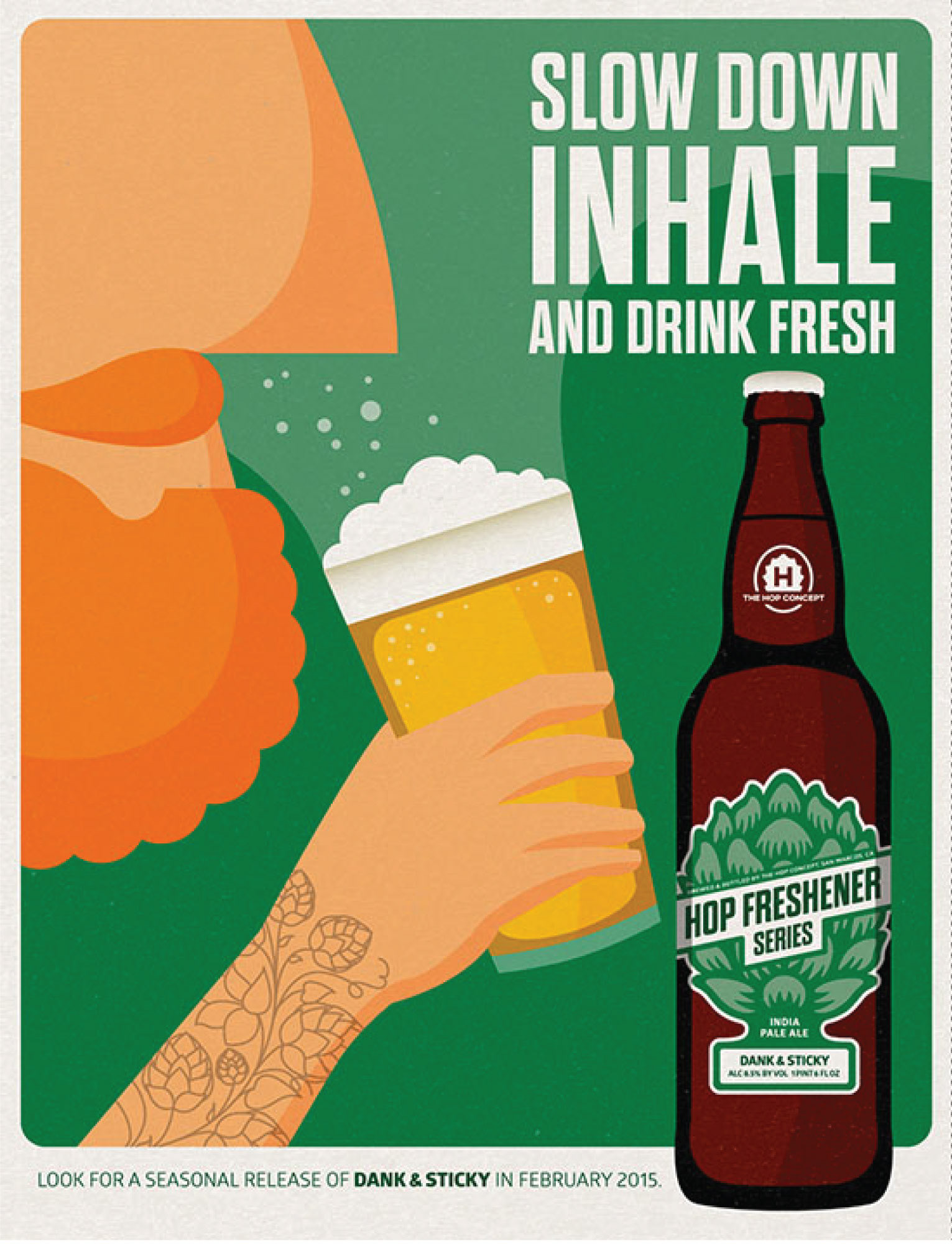 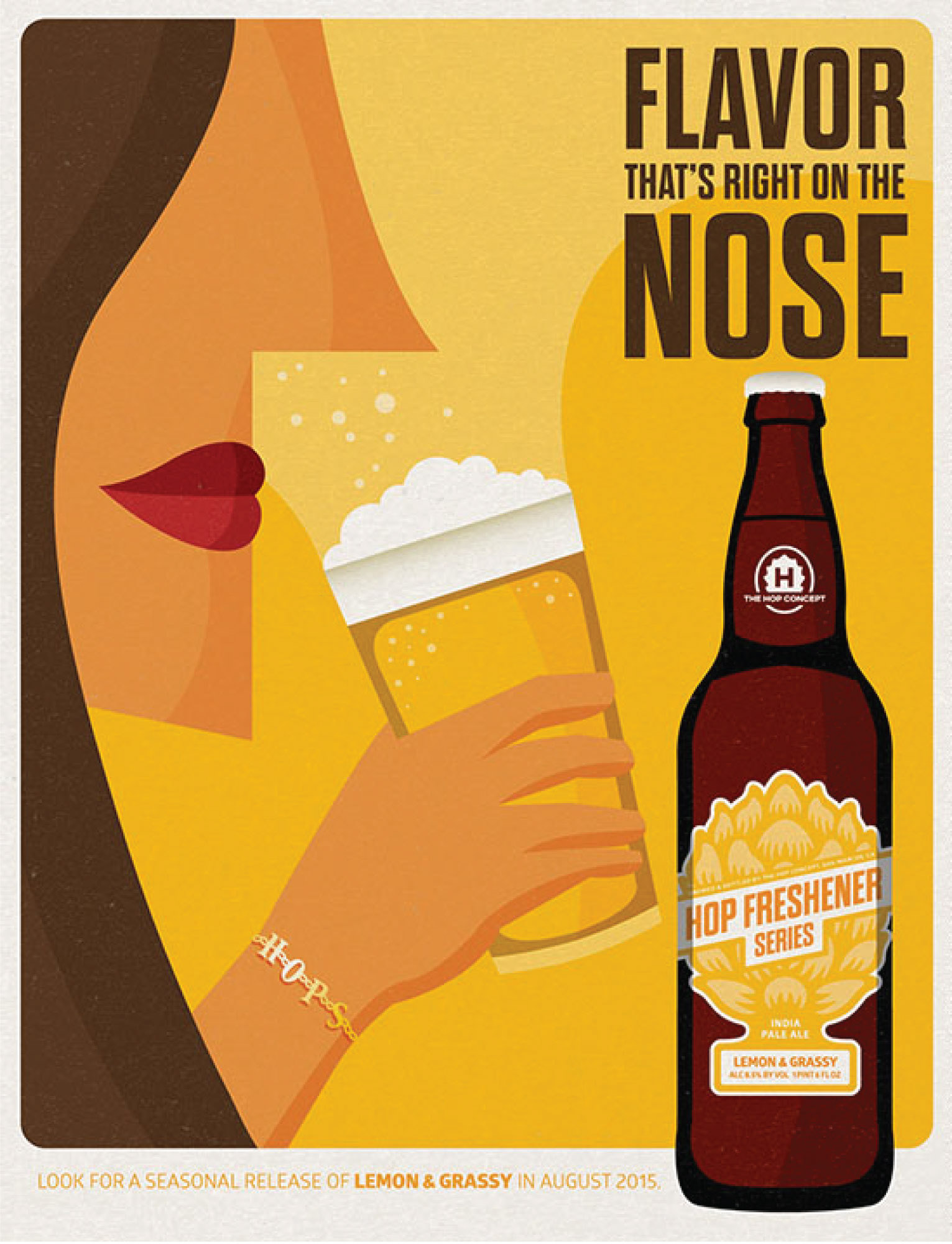 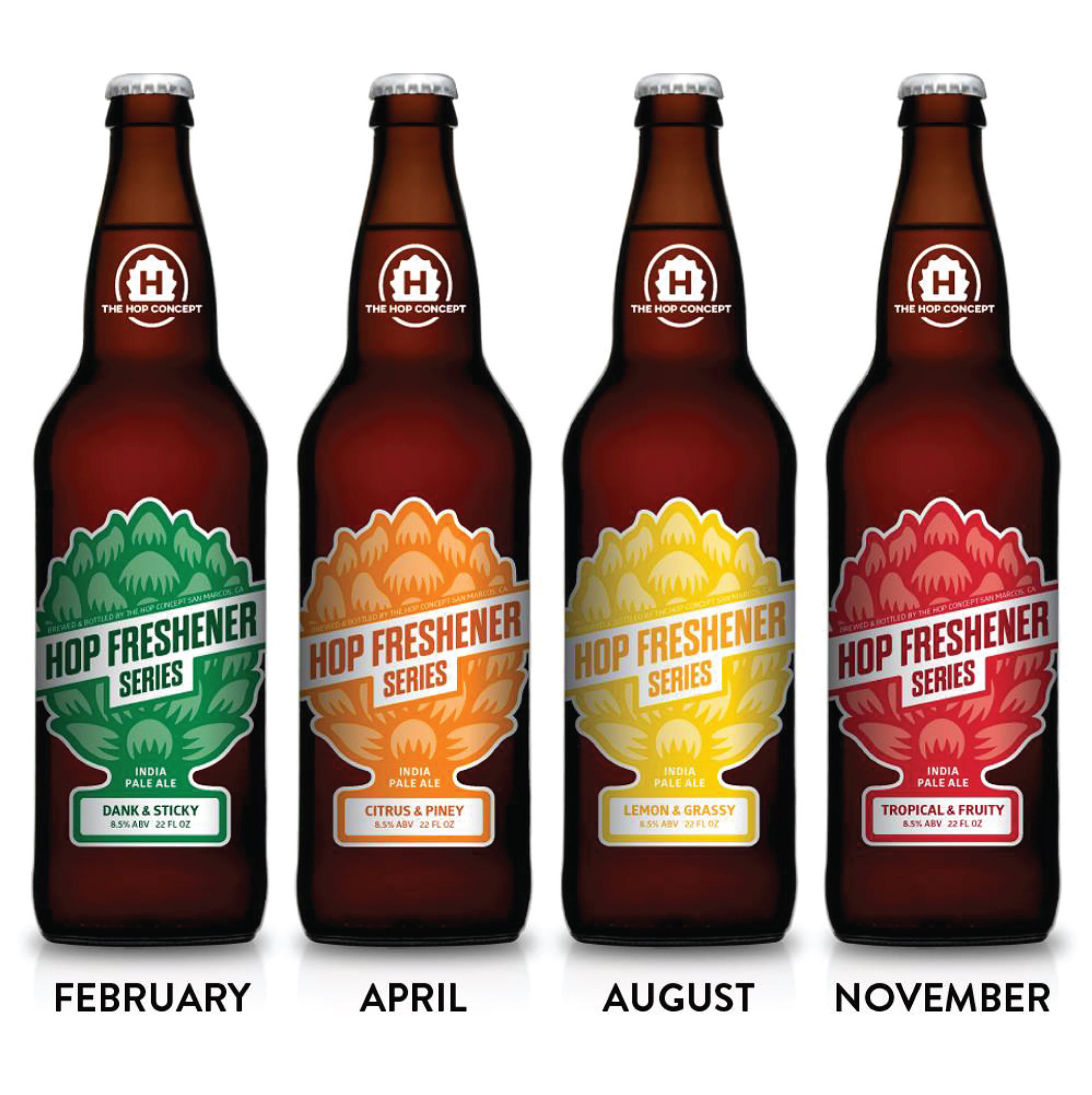 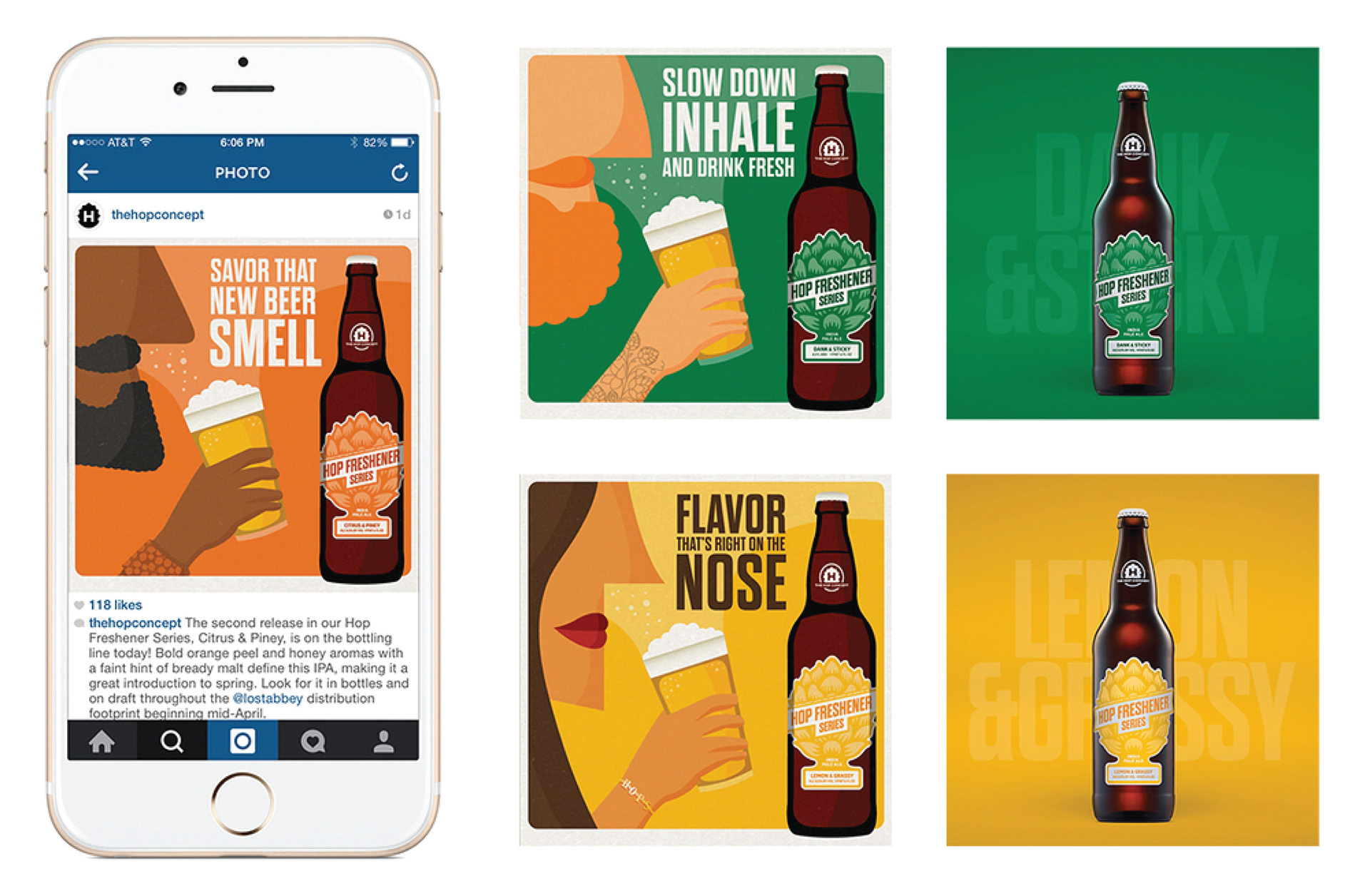 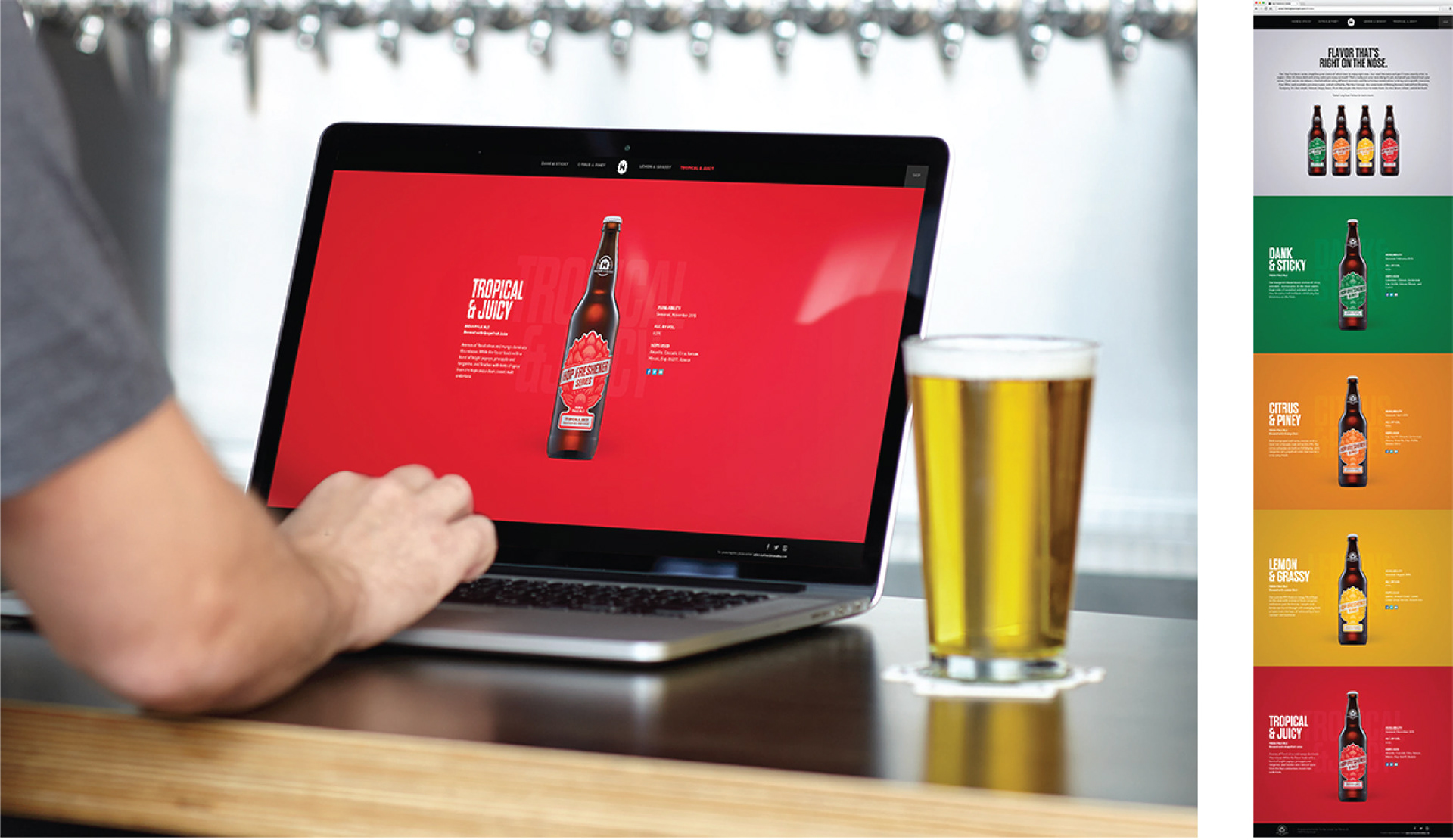 Tiger Beer - The Unofficial Official History of Singapore
Tiger Beer has been an intrinsic part of Singapore's history, but in recent years, it became a default brand. In 2015, the nation was celebrating its 50th birthday and the brewery wanted to inspire Singaporeans to think about their origins and social peculiarities in a fun way. Tiger beer changed its voice to a more nationalistic sense, and instead of being storytellers, they became story makers.
Below is the promotional material Tiger Beer created to become the first-choice beer in Singapore. 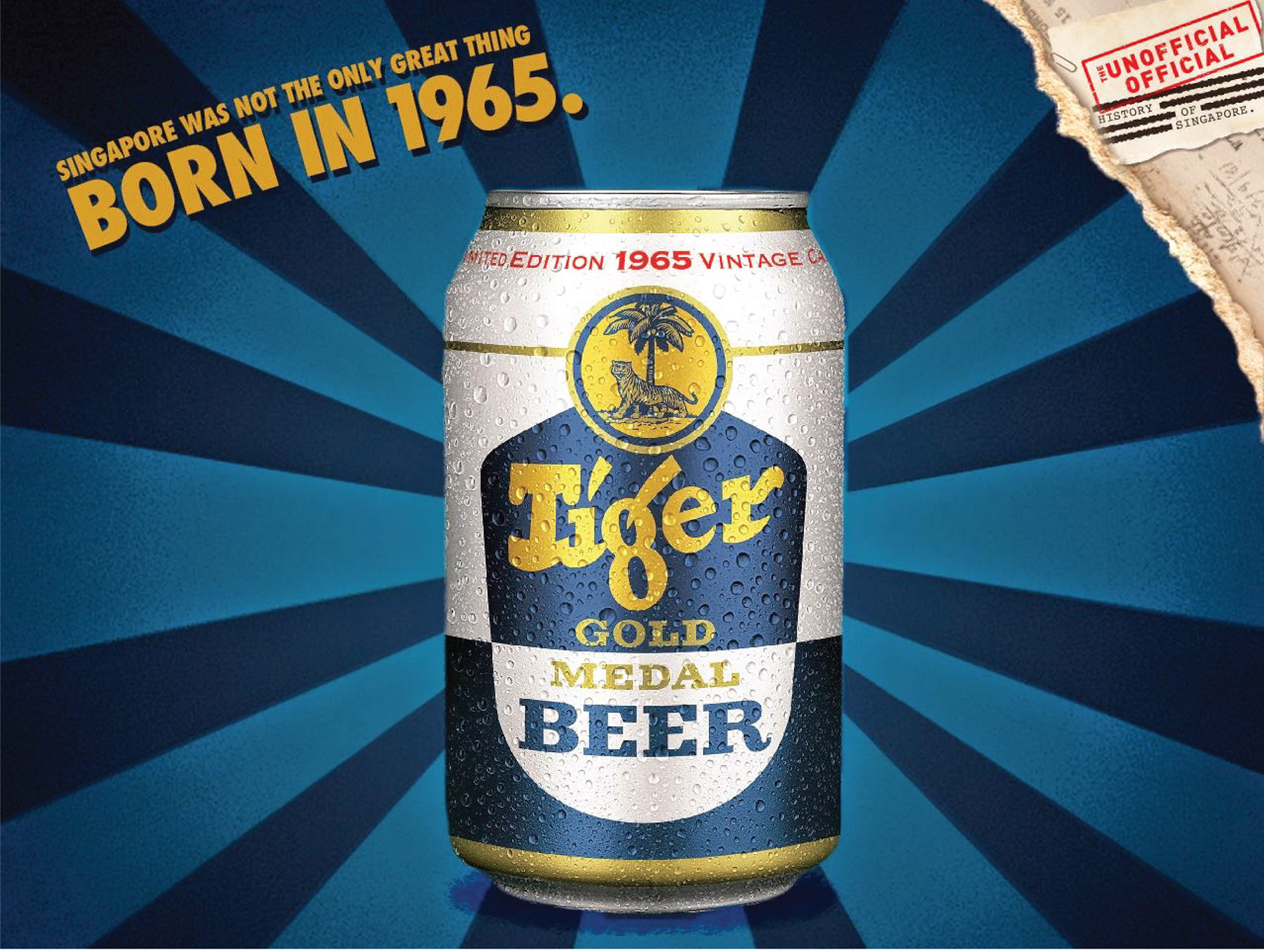 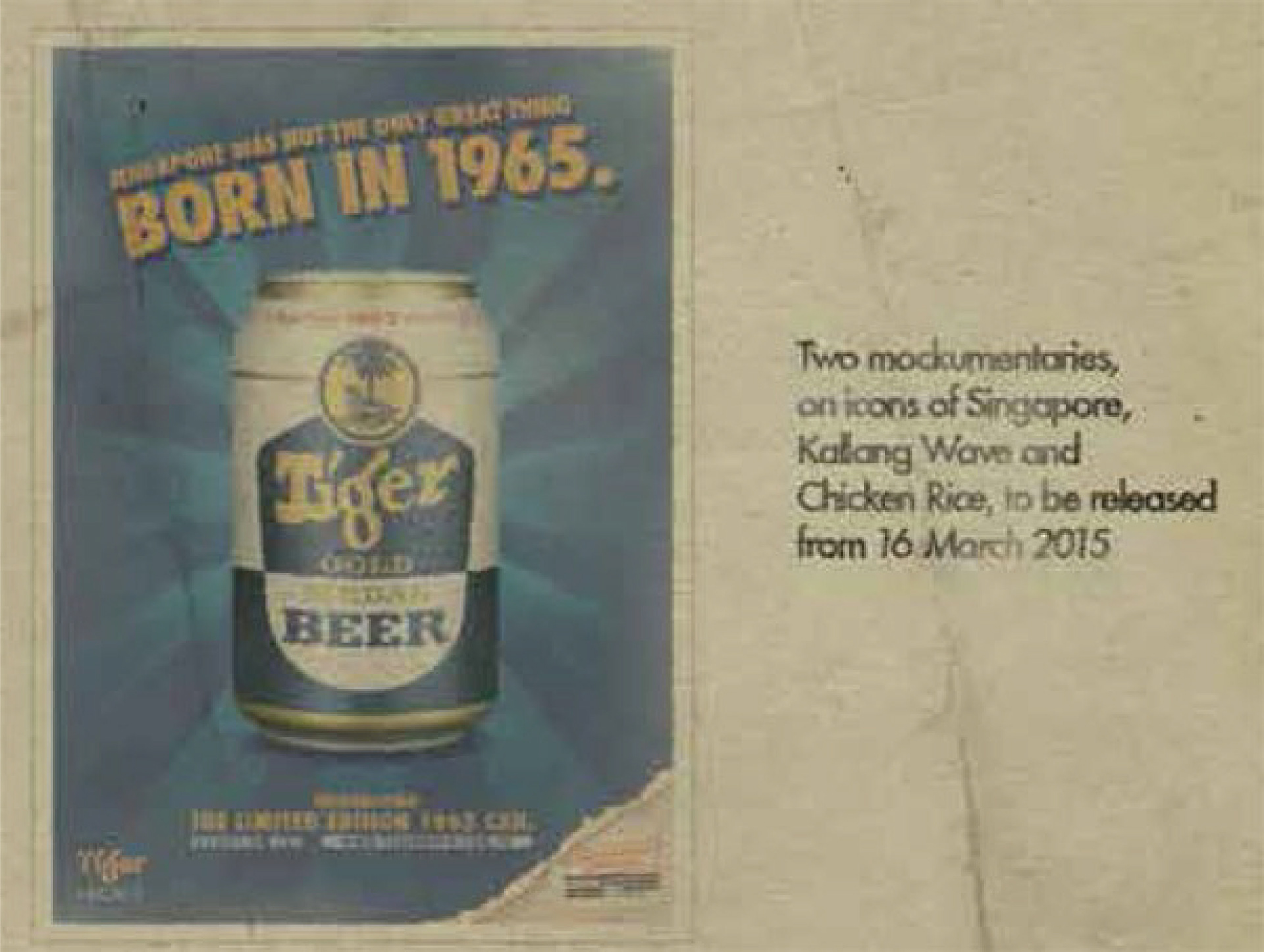 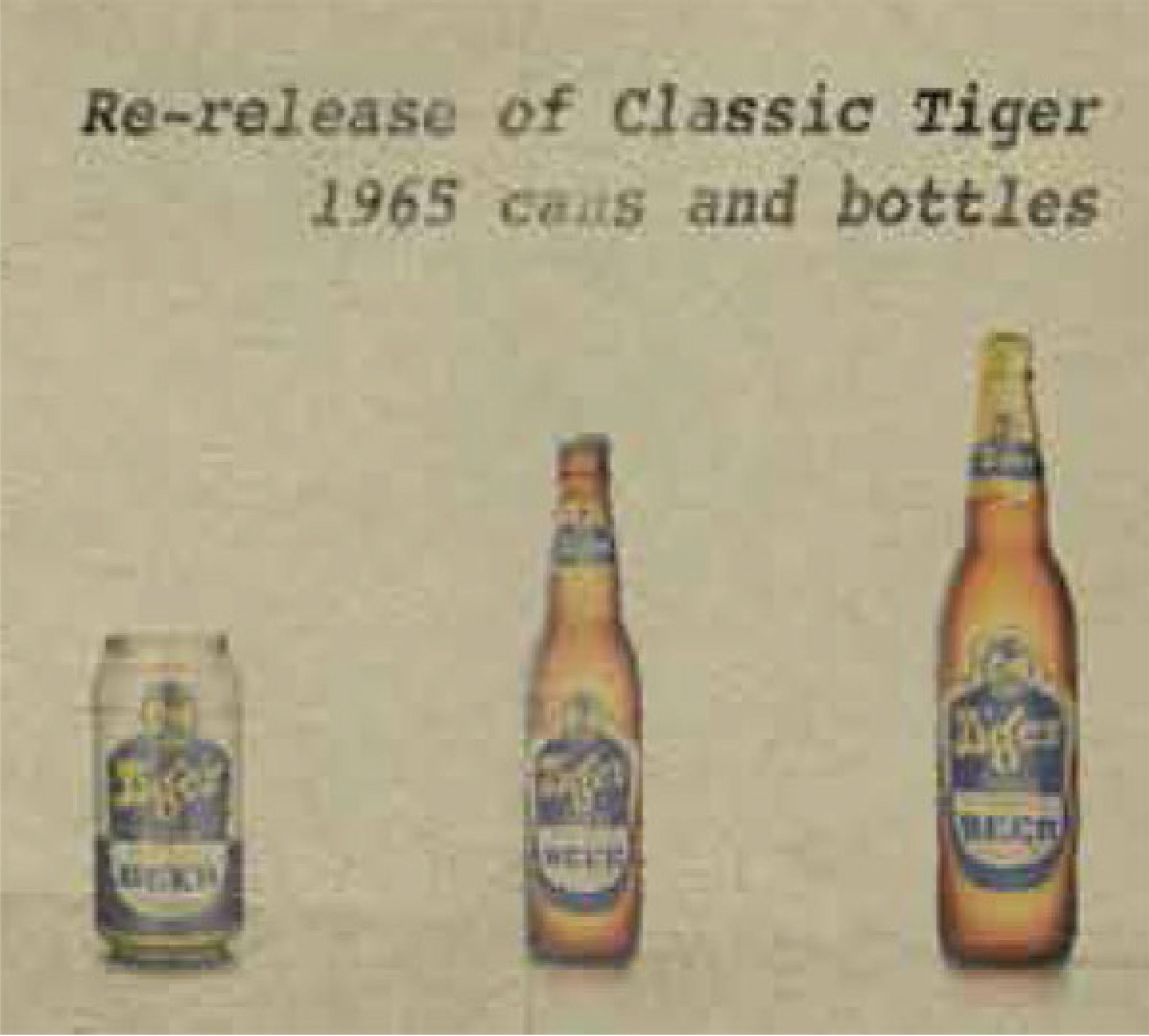 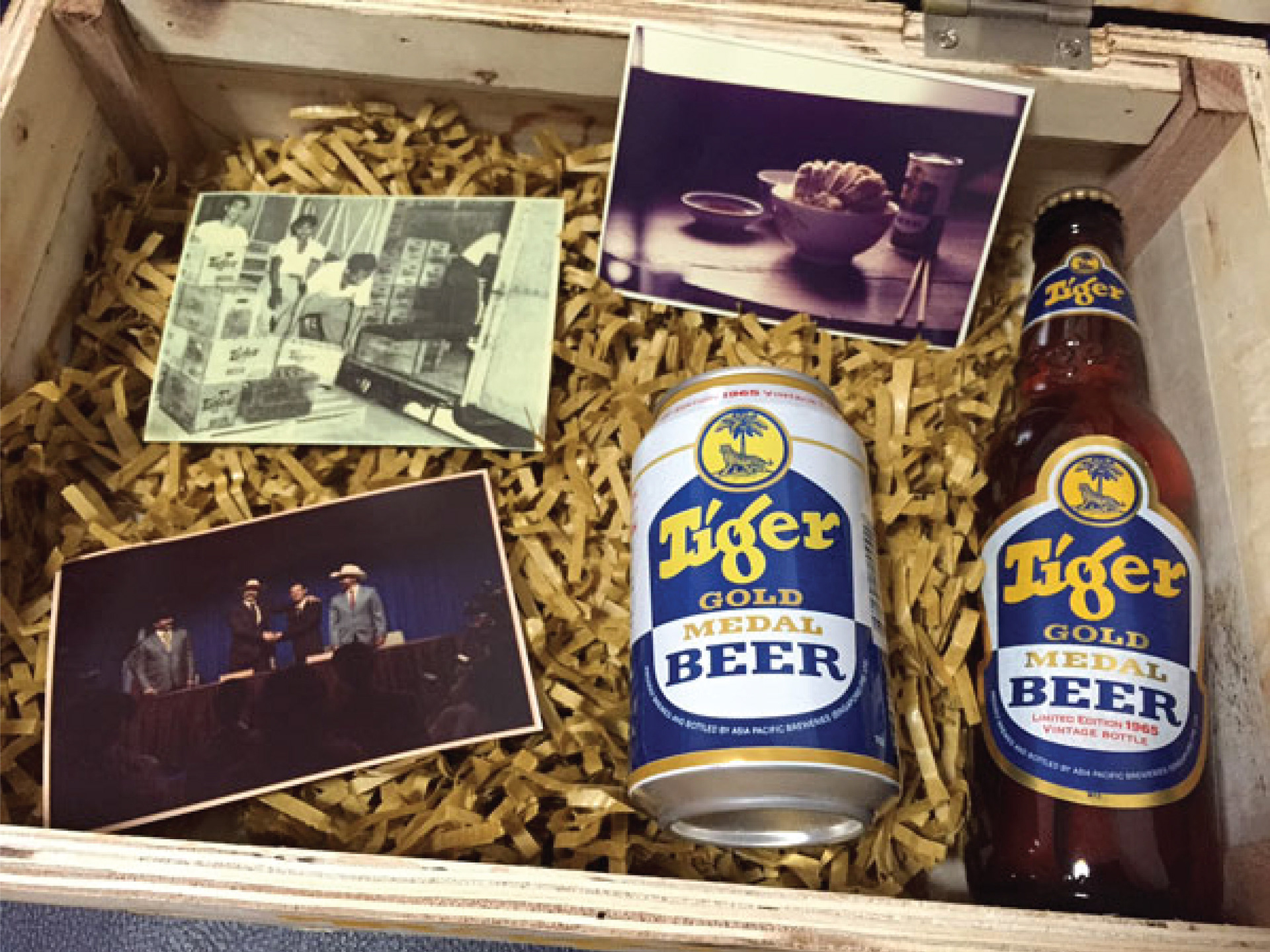 Blue Moon - Create Your Own Masterpiece
Inspired by Belgian witbier, Keith Villa constructed his own interpretation using a handful of unique spices and garnishes. In 1995, this recipe was used to brew the first batch of Blue Moon Belgian Whites and inspired its recent campaign, "Artfully Crafted."
To immerse consumers in its campaign, Blue Moon created an interactive display that allowed passersby to create their own masterpiece and share it on social media. The display gave users the choice between two canvases, an extensive color palette to fill in their scene, and a number of options to title their masterpiece. The finished image was emailed back to them encouraging them to share on        social media.
Below is the promotional material used in Blue Moon's most recent campaign. 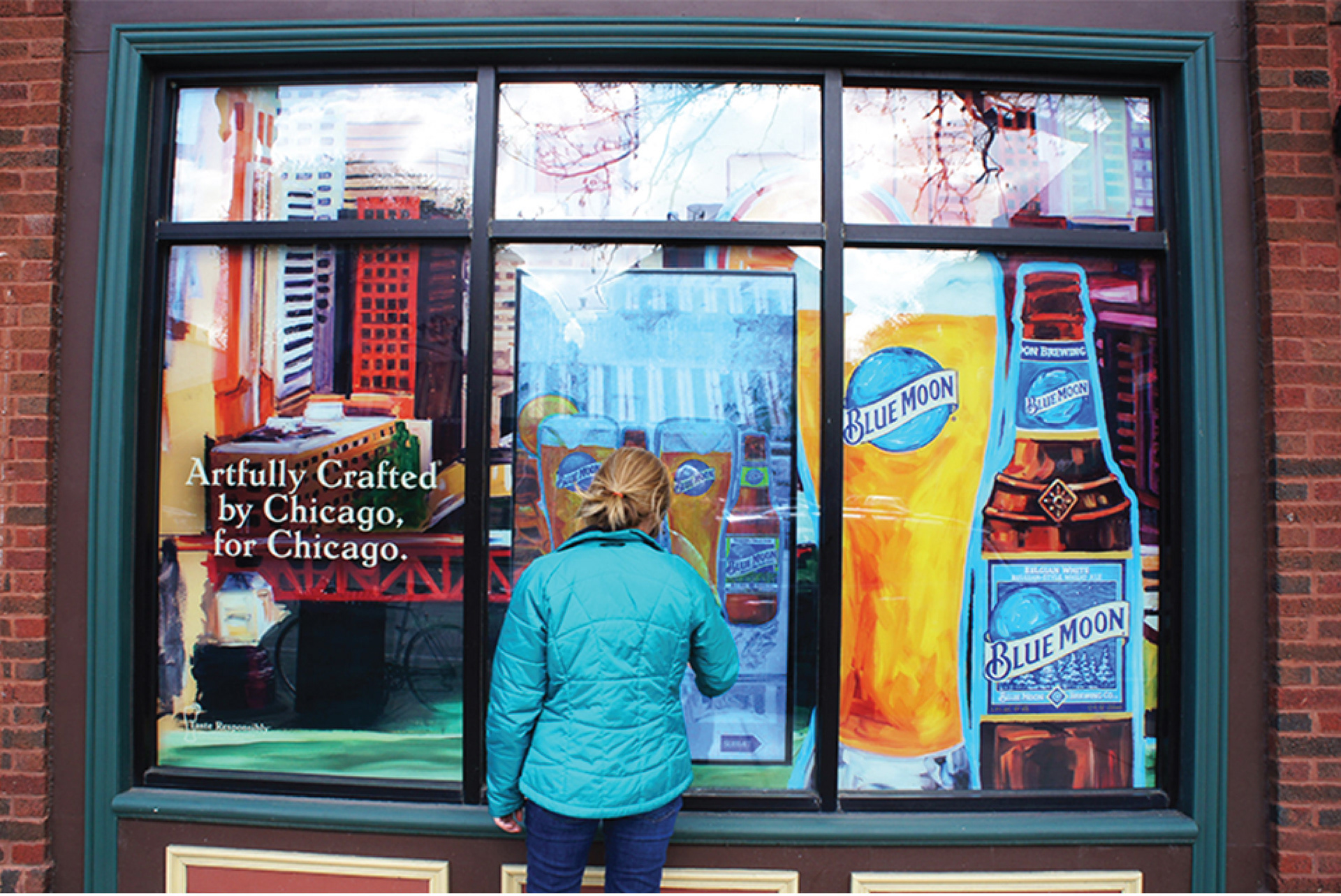 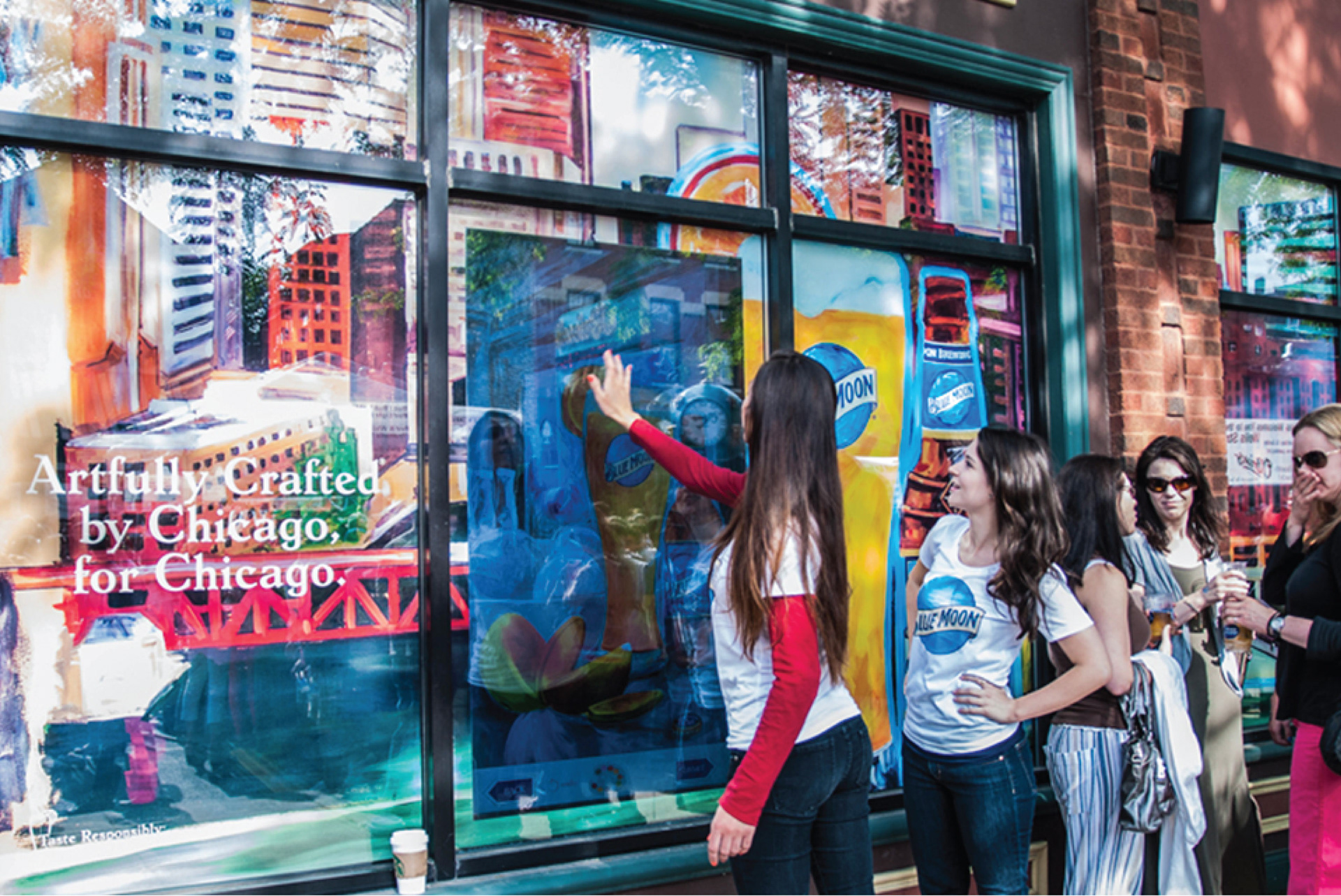 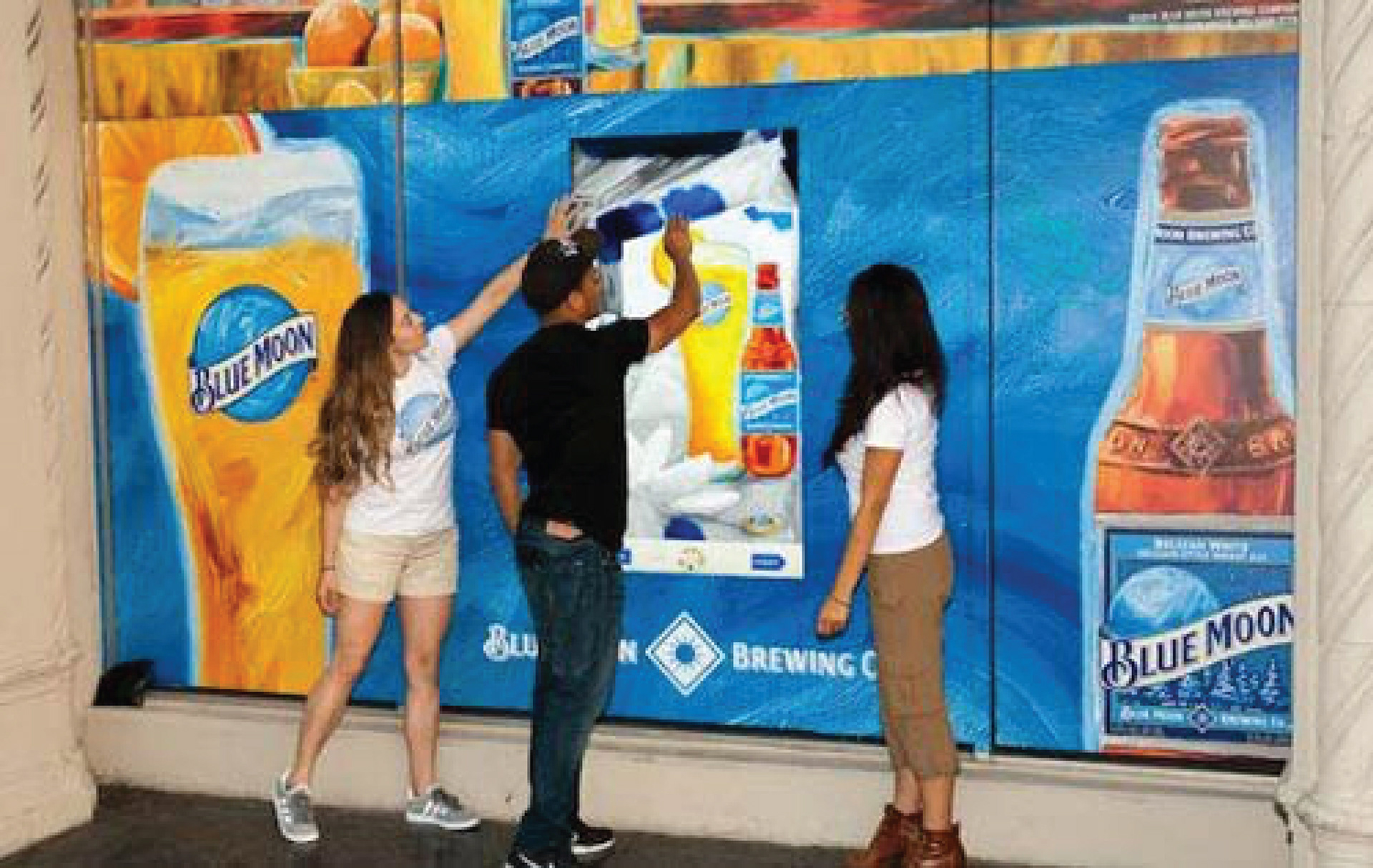